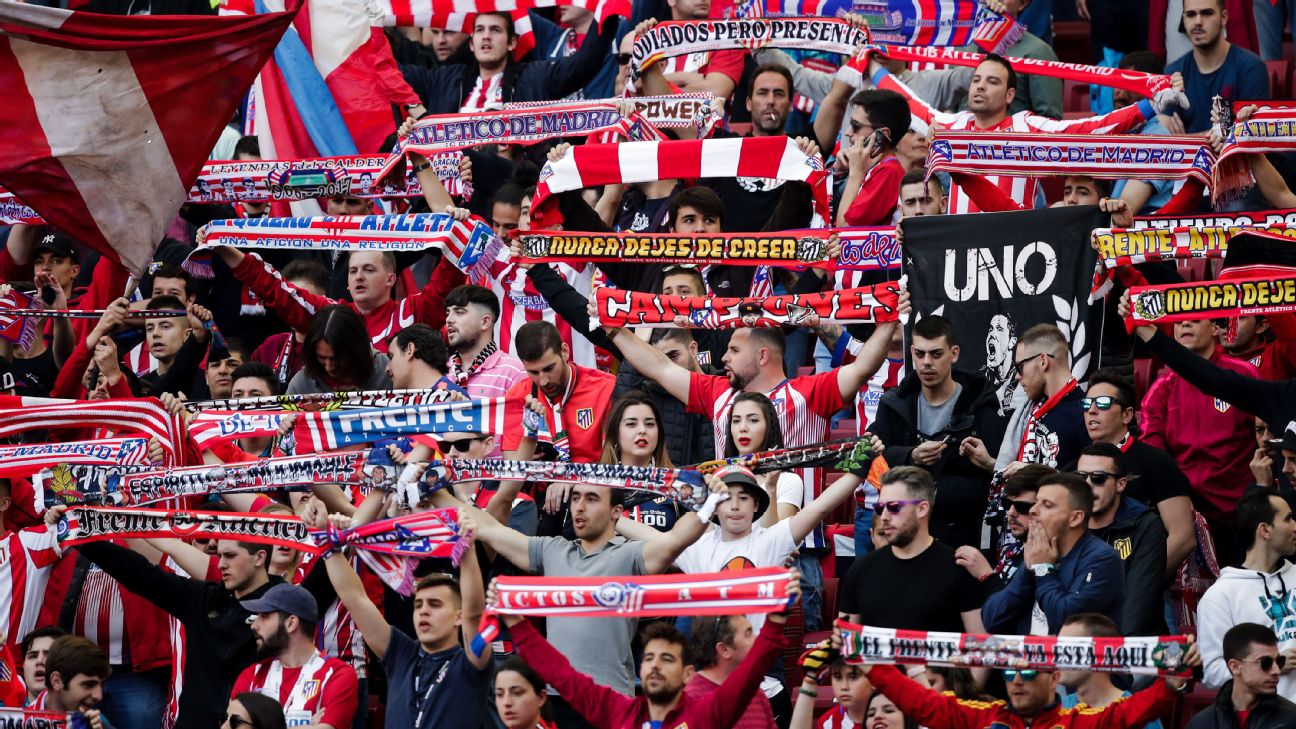 Atletico Madrid are expected to set a new attendance record for a women’s match in Europe after confirming tickets have been sold out for Sunday’s top of the table clash against Barcelona.

Atletico usually play their home games at the club’s training ground but the demand for this weekend’s game has seen it moved to the 68,000 capacity Wanda Metropolitano.

The attendance record for a women’s game in Spain was set at San Mames last month. Athletic Bilbao’s Copa de la Reina game against Atletico was attended by 48,121 supporters.

Tickets for Sunday’s game were available for free to Atletico members and for as little €5 to the general public. After the initial 50,000 tickets made available sold out, more were put on sale earlier this week.

An Atletico spokesman confirmed to ESPN FC that the tickets have now all gone..

Despite confirming over 60,000 tickets had gone — 40 percent of which were paid for — the spokesman said the club weren’t sure how many of the club members who had taken up an option on free tickets would attend.

Atletico are top of the league with 66 points, six ahead of Barcelona with just seven games to be played.

The two sides met last month in the semifinal of the Copa de la Reina. Atletico won 2-0 on that occasion and will meet Real Sociedad in the final.

Should every ticket holder attend, it will still be some way short of the world record crowd for a women’s match, with 90,185 people in attendance for the 1999 World cup final between the United States and China at the Rose Bowl in Pasadena.

Information from Associated Press was used in this report.