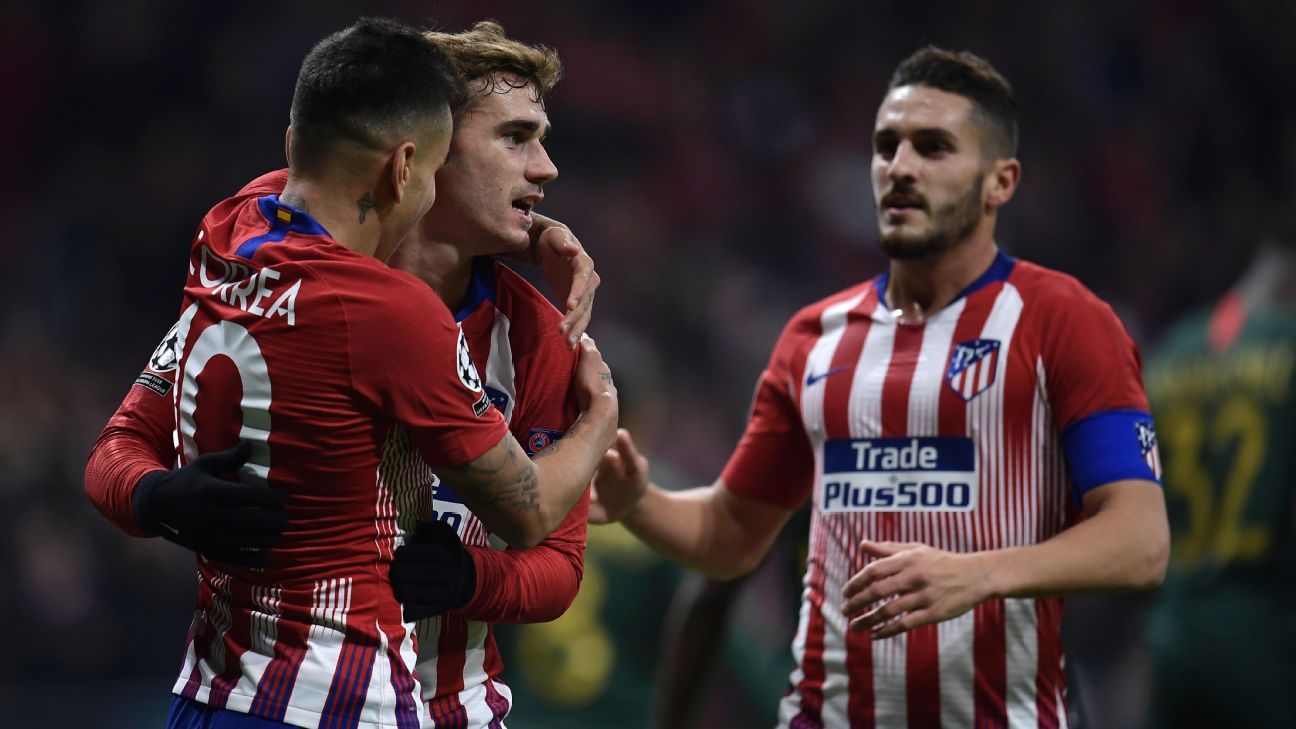 Atletico Madrid clinched their place in the Champions League round of 16 on Wednesday by beating AS Monaco 2-0 at home while also ensuring that Thierry Henry’s hapless visitors will now even miss out on qualification for the Europa League.

The win means that Atletico, who were knocked out of the group stage of Europe’s elite competition last season, advanced to the knockout stages, provisionally leading Group A with 12 points from five games.

Second-placed Borussia Dortmund were in action against Club Bruges later on Wednesday but Monaco were left guaranteed to finish bottom of the group, having gleaned just one point.

Atletico took their early lead when Spanish midfielder Koke let fly from outside the area and watched his shot float into the net with the help of a heavy deflection from a Monaco defender.

France forward Griezmann doubled Atletico’s advantage midway through the first half, delivering a neat finish with the outside of his left boot from close range.

Monaco, second from bottom in Ligue 1 with only two wins in all competitions, improved somewhat in the second half as Atletico lost focus and carved out a number of chances.

They were presented with a glorious chance of getting back into the game with eight minutes remaining when Atletico defender Stefan Savic handled in the area and was sent off for a second yellow card.

But in a moment indicative of Monaco’s rotten form, Falcao, former darling of the Atletico faithful, completely missed the target from the spot at the Wanda Metropolitano stadium, which will host the competition’s final next June.