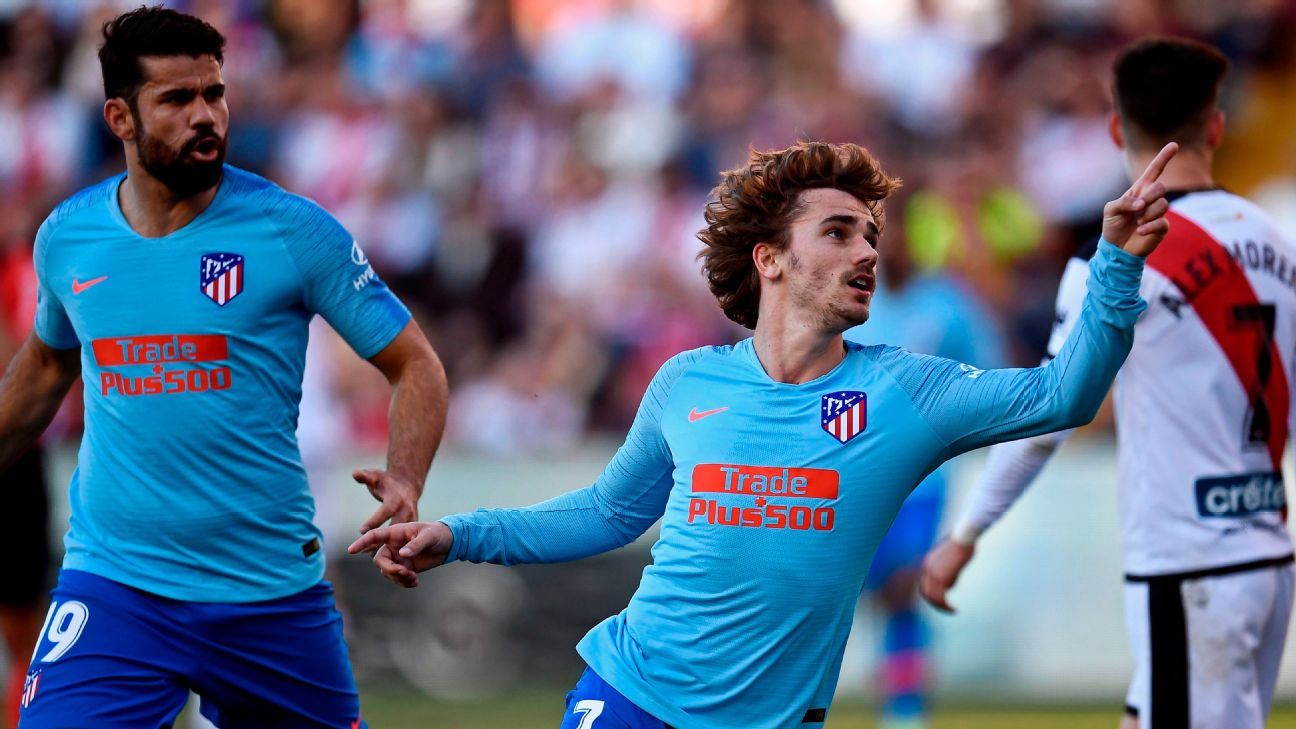 Atletico, who welcomed Diego Costa back from a two-month injury layoff as substitute in the 60th minute, struggled in the derby clash against 18th place Rayo. However, they eventually snatched a late victory to move second in the table, four points behind leaders Barcelona, who host Real Valladolid later on Saturday.

After the match, Simeone said he was happy to have the Spain international back in his team and said he played a decisive role in the outcome.

“[Costa] was very strong, it was not easy to come into this game but he did what the team needed, worked defensively very well,” Simeone said. “That makes me very happy. He is very important as people fear him, and he gives us more strength as a team. His entry helped turn the game our way.”

Rayo had the better of the first half with Adrian Embarba going close, while Atletico goalkeeper Jan Oblak denied Raul de Tomas early in the second half.

Atletico broke the deadlock in the 74th minute at Vallecas when Alvaro Morata teed up Griezmann and his close-range volley deflected past Stole Dimitrievski.

“We always want to win, always, whether we play well or not,” Simeone said. “Every time we come here it is tough, the games are hard-fought, close results, never easy.

“We started well, had some chances early, but they improved and were able to cause us trouble behind our midfield. But big teams have big goalkeepers. The second half it changed, we had more weight in attack, and from there we found the goal which favoured us.”

Costa also spoke to reporters in the mixed zone after the match and admitted it had hurt to be sidelined for so long, but he was happy now to return with a victory at a ground where he had success on loan back in 2011-12.

“The truth is that when you are not playing, it hurts a lot,” Costa said. “I am happy to be back playing, and even more here at Vallecas, where it all began for me, and with a win which was important for us after two defeats. You have to show motivation and heart to win here. The team played well, I always had the feeling the game was under control.

“It was important to win the game after two defeats, we won here against a good team that will surely stay up.”