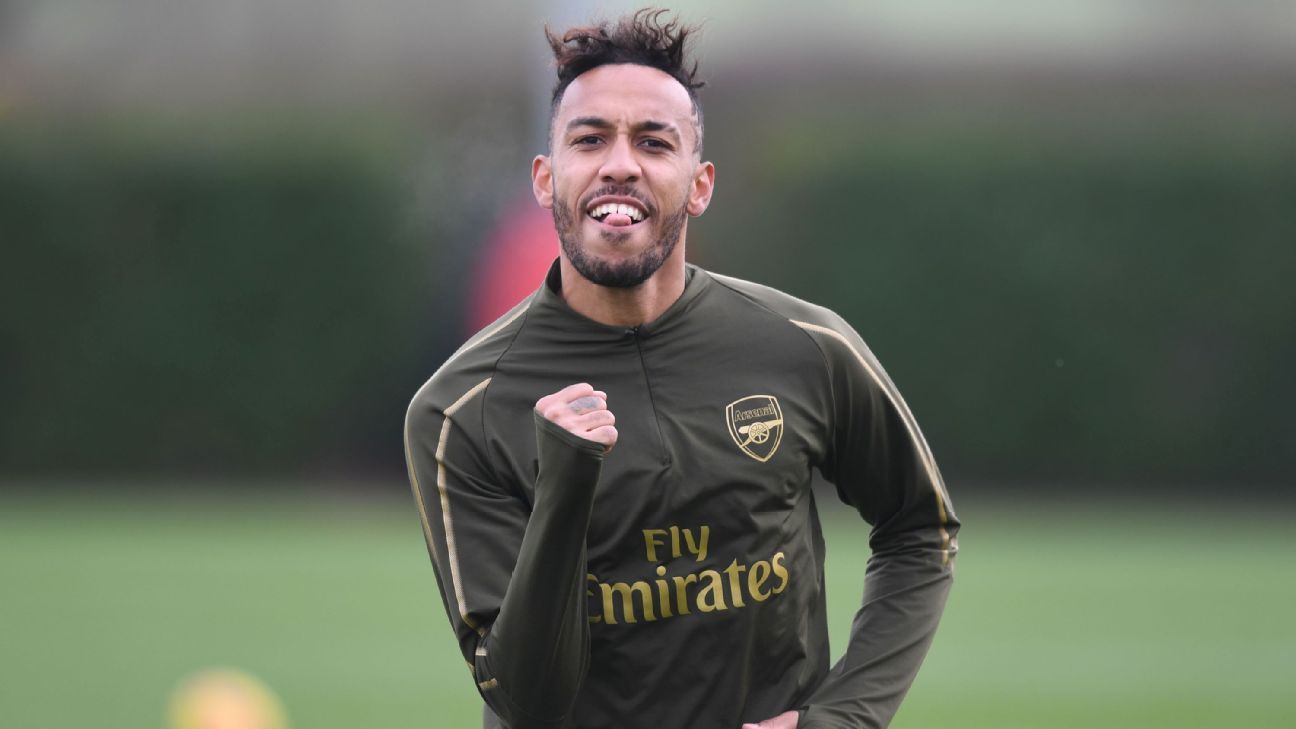 LONDON — Arsenal manager Unai Emery has challenged Pierre-Emerick Aubameyang to compete for the Premier League’s Golden Boot award this season, despite continuing to regularly play out of position to help the team.

Aubameyang climbed to the top of the Premier League’s scoring charts with 10 goals so far after his double in the 4-2 win over Tottenham on Sunday, despite often having to play on the left wing to make room for Alexandre Lacazette. Four of the goals even came off the bench as he was dropped by Emery for two straight games, although he has been back in the starting lineup for the last five league matches.

“I want for him to continue improving,” Emery said ahead of Wednesday’s trip to Manchester United. “And I want the challenge for him to be the possibility to be the best scorer in the Premier League.

“And we want to help him to achieve this. But it’s because if he is scoring, he’s helping us.”

Emery has the luxury of having two top-class strikers in the squad and it has not always been easy to fit Aubameyang and Lacazette into the same lineup. Usually that has required pushing Aubameyang out wide, although Emery switched to a system with both of them playing up front in the second half against Tottenham — with both netting a goal after the break.

Aubameyang has said he prefers playing up front but is happy on the wing as well, and Emery made it clear that he will continue to use the forward in different positions because the Spaniard wants more than just goals from the ex-Borussia Dortmund man.

“Sometimes also his best performance is starting the match on the bench and then playing 20, 25 minutes. The last two matches he’s had a very big performance with scoring, with working.

“And I want to say to him, and everybody: don’t stop. Continue with his commitment every match, working like [on Sunday], like against Bournemouth. And I think it’s also important for him, he’s taking confidence from matches like [Tottenham].

“But not only for scoring, but also because he’s helping with the pressing against them and doing the duels with his head against them. Now also is the moment to say to him: don’t stop.”