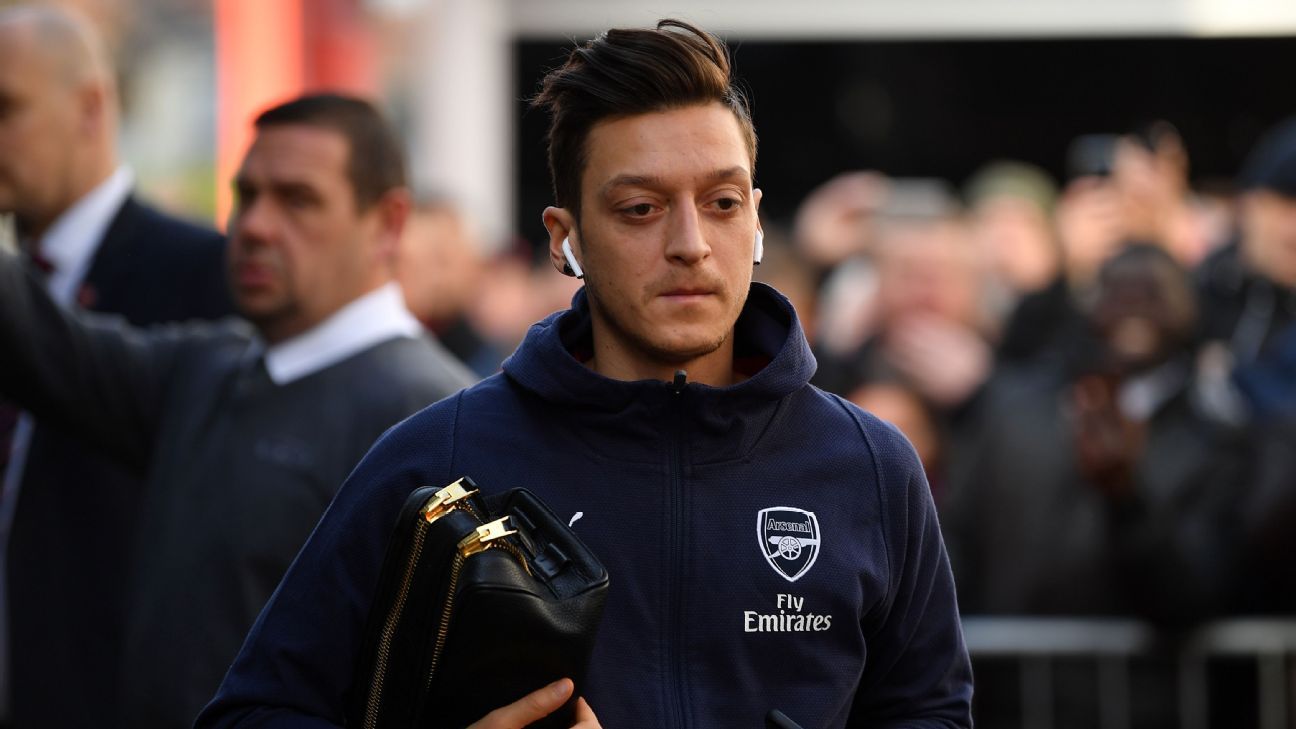 LONDON — Arsenal boss Unai Emery has said Mesut Ozil is still training separately with a physio as he recovers from a back problem and remains a doubt for Saturday’s game against Huddersfield.

Meanwhile the Spaniard warned that the diagnosis for Rob Holding’s knee injury “is not good.”

Ozil has not played in nearly a month after being benched against Bournemouth and then missing the last three games with a recurrence of back spasms. Emery said he will make a decision on whether Ozil can feature on Saturday based on whether he can join in the full team training session on Friday.

“He had a backache and now he’s working with the physio,” Emery said. “We are going to look at when he can come back with us.

“This morning he worked with the physio on the pitch, running and touching the ball. Tomorrow will be the decision.”

Emery also reiterated that he fears Holding could be sidelined for a long time after he was carried out on a stretcher during Wednesday’s 2-2 draw with Manchester United after injuring his knee.

Sources have told ESPN FC that Holding suffered a cruciate knee injury and is out for the season. However, at his news conference, Emery said it was too soon to give an exact estimate.

“We are waiting,” Emery said. “The club can give us communication about this.

“The best news for me is [being] calm, but the doctors are looking at him and they are going to communicate with us. At the moment, the first news is not good.”

Aaron Ramsey also came off with an ankle injury at Old Trafford, but Emery said “it’s smaller than Rob’s” and that the Wales international will also be assessed on Friday.

Arsenal are trying to extend a 20-game unbeaten run when they take on Huddersfield, and Emery told his players to guard against a let down following two draining games against Tottenham and United.

“At the moment we have a good feeling after a good result, but we needed to close [the week] with a victory on Saturday,” Emery said. “We need the same spirit as on Sunday [against Spurs].

“Every supporter needs to feel that with us, and push like they pushed against Tottenham. This draw yesterday is only good if we win against Huddersfield.”