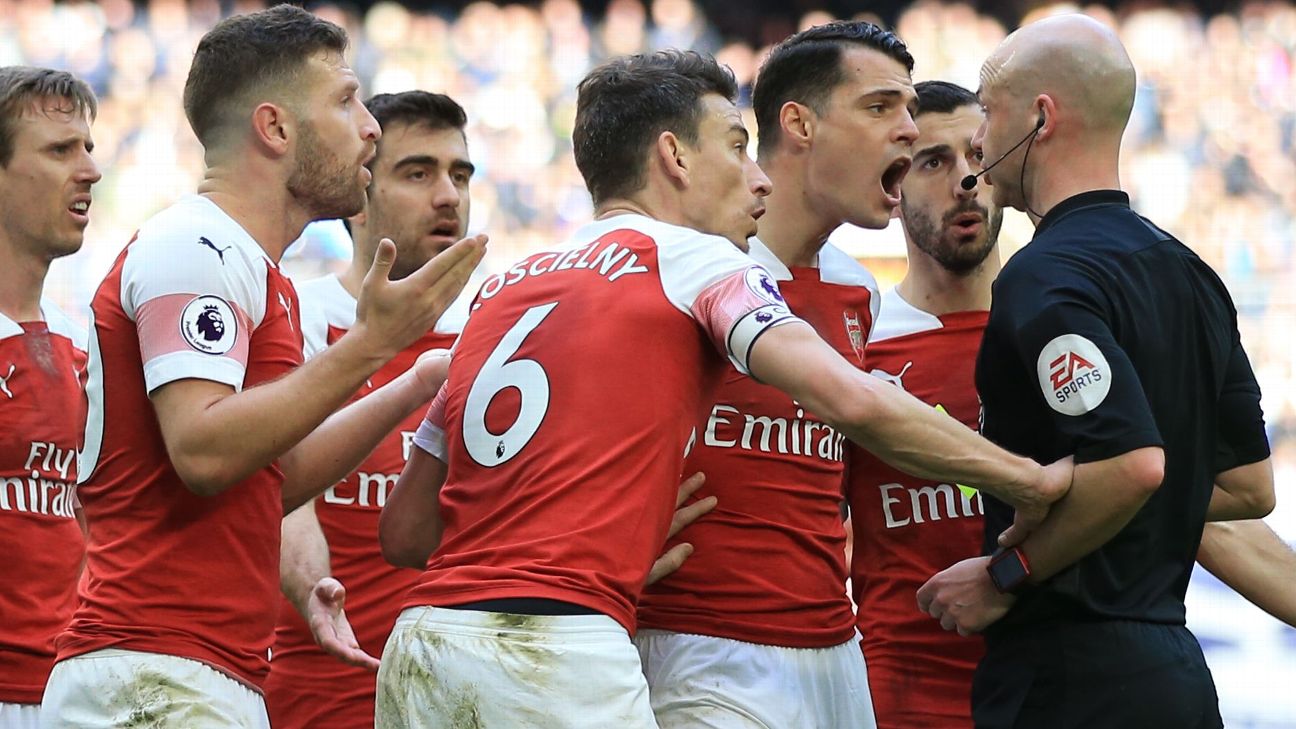 Arsenal manager Unai Emery suggested that video assistant referees (VAR) could not be introduced to the Premier League soon enough, after his side’s incident-packed 1-1 draw with Tottenham Hotspur in the Premier League on Saturday.

After taking an early lead through Aaron Ramsey, the Gunners held Spurs off for nearly an hour before Harry Kane, challenging to get on to the end of a free kick, was judged to have been brought down in the box by Shkodran Mustafi.

Kane converted that penalty but video replays showed that the England striker had actually been offside when he was fouled.

Emery did not complain about the decision directly, but he suggested that VAR might prevent game-changing decisions going the wrong way.

“Today for me, the referees were a big personality but it’s not enough to make the best decision in difficult action in the box, for them and for us,” he told reporters after the match.

“I think VAR is coming to help them to be fair for one match like today.”

“It’s very difficult for them to watch in the moment one action like that. VAR is coming to help them to be fair for this decision. And I think it’s positive for football in England,” he added.

VAR, which was used in the World Cup last year and is use in major leagues across Europe, is set to be used in the Premier League next season after clubs agreed in principle to introduce the technology.

Overall, Emery felt his side had done enough to win the game and had played well together.

“I am proud of our players. You can win, you can lose, you can draw, but above all it’s playing like a team,” he said.

“We could win this match. We played today with a big collective spirit.”

For his part, Spurs boss Mauricio Pochettino said VAR would probably help match officials but the important point would be how the technology was applied.

“Some situations are difficult for referees to handle, to manage, we can’t think that it will be the key for football to be fair,” he said.

“Of course the key will be how we use the VAR. Important work for the future, to be sure, it will be a massive help.”

But he added that no amount of technology would ever completely put an end to arguments over refereeing decisions.

“Football has never been fair, and it never will be fair,” he said.