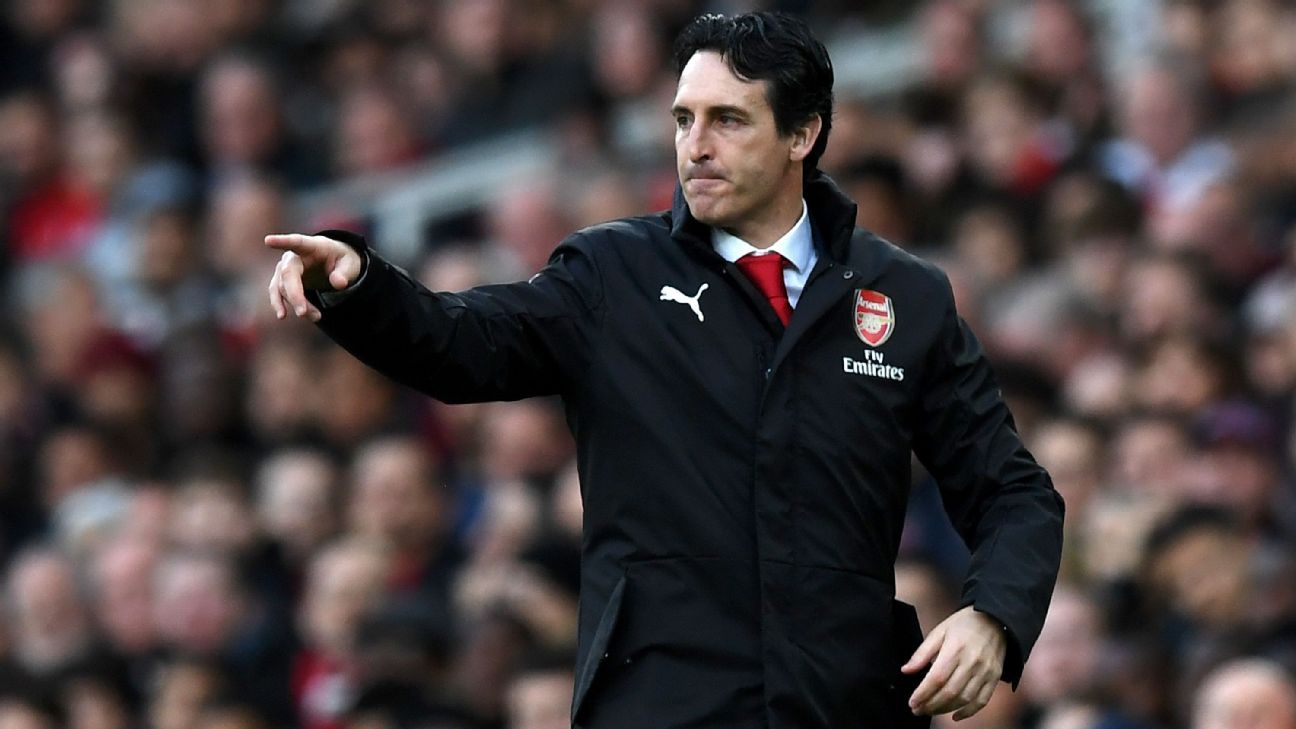 It can be an impossible job following a club legend — just ask David Moyes, Louis van Gaal and Jose Mourinho. They will all come up with their own reasons why it has been so difficult to replicate the successes of Sir Alex Ferguson at Manchester United, but you can imagine Unai Emery listening to their excuses with a broad grin on his face.

With Arsene Wenger vacating the manager’s office at Arsenal after almost 22 years in charge last summer, the initial narrative was that his successor would face the same nightmare scenario at the Emirates that has greeted those who have since walked in Ferguson’s footsteps at Old Trafford.

A club run by one man for over two decades that had become outdated, perhaps even dysfunctional, behind the scenes.

An imbalanced squad — Ferguson left an old one behind, Wenger bequeathed one that was overloaded with flair players but lacking in those who could win the ball — and an ownership group which seemed to have taken its eye off the ball while emerging rivals began to overtake them.

In truth, there were clear differences between the squads left behind by Ferguson and Wenger.

Ferguson handed over the reins to the Premier League champions and a club accustomed to regularly winning silverware, while Emery walked into the Emirates with Arsenal having fallen some way from their glory days under Wenger during the late 1990s and early 2000s.

It remains a matter of debate as to which was the toughest job to inherit — a successful, but ageing, team of champions at United or a listless Arsenal that had become more desperate for reinvigoration than instant glory — but whichever side of the argument you land upon, nobody could legitimately suggest that Emery would have it easy at the Emirates.

Yet less than six months into the job, the Spaniard is proving that following a club legend really isn’t an impossible task.

Arsenal, as a club, are showing United that there is a way to ensure a calm transition from one era to the next.

Sunday’s comeback victory against Tottenham in the North London derby at the Emirates was, as a performance, the complete opposite to what Arsenal had become under Wenger, showing fight and an ability to react under pressure in the biggest of games.

Perhaps United’s mistakes during the five years since Ferguson retired have been crucial in terms of guiding Arsenal away from similar calamities, but when Emery and his team walk out at Old Trafford for the Premier League clash with United on Wednesday, it will be the London club who look best equipped for the years ahead.

Emery and Arsenal have been smart where United, and the three managers post-Ferguson, have been indecisive and bungling.

Moyes was too slow and too weak-willed at United when it came to being ruthless with the players he inherited, but Emery has wasted no time in being assertive.

He quickly signed off Jack Wilshere’s exit during the summer and has swiftly dealt with Mesut Ozil. Emery is prepared to accommodate the mercurial German, but only when it suits the team. The days of him being indulged are over.

Emery has also improved players on the training ground, something that Moyes, Van Gaal and Mourinho have struggled to do at United. Alexandre Lacazette and Pierre-Emerick Aubameyang are two obvious examples who have made strides forward this season.

The former Sevilla and Paris Saint-Germain coach, together with head of recruitment Sven Mislintat and head of football Raul Sanllehi, has quietly, but effectively, remoulded the squad, too.

Wenger left behind some supremely talented players, but the absence of tenacity and drive in midfield and defence was a fatal flaw — one that has been corrected by the signings of the outstanding Lucas Torreira and commanding Sokratis.

United have lurched from one bad signing to another post-Ferguson, in terms of value, age profile and suitability for the Premier League, largely because they have no clear recruitment strategy or structure at the club.

Even now, when all of their major rivals have moved onto a 21st century model, United’s buying and selling still boils down to two men — Mourinho and Ed Woodward — thrashing it out, with sparks flying, when the transfer window is open.

Woodward, the executive vice-chairman, is only now coming around to the realisation that United need a director of football to enable the club to be more successful in the transfer market, but Arsenal prepared for Wenger’s departure by ensuring that they had a system in place before the managerial change happened.

United’s failure post-Ferguson has been a collective one, with Woodward and successive managers all sharing their blame for the club’s current predicament, which sees them way off the pace in the Premier League and once again looking for wholesale changes in the squad.

But Arsenal’s ability to ride out the post-Wenger storm has also been a collective effort, with the now-departed chief executive Ivan Gazidis, Sanllehi and Mislintat deserving as much credit as Emery. The manager is the one in the firing line, though, so Emery will be most vulnerable to any failure to succeed.

Yet his new team travels to Old Trafford looking to extend their unbeaten run to 20 games, so he is clearly doing something right.

United could do worse than take note of how Arsenal have made the impossible job look so easy, on and off the pitch.