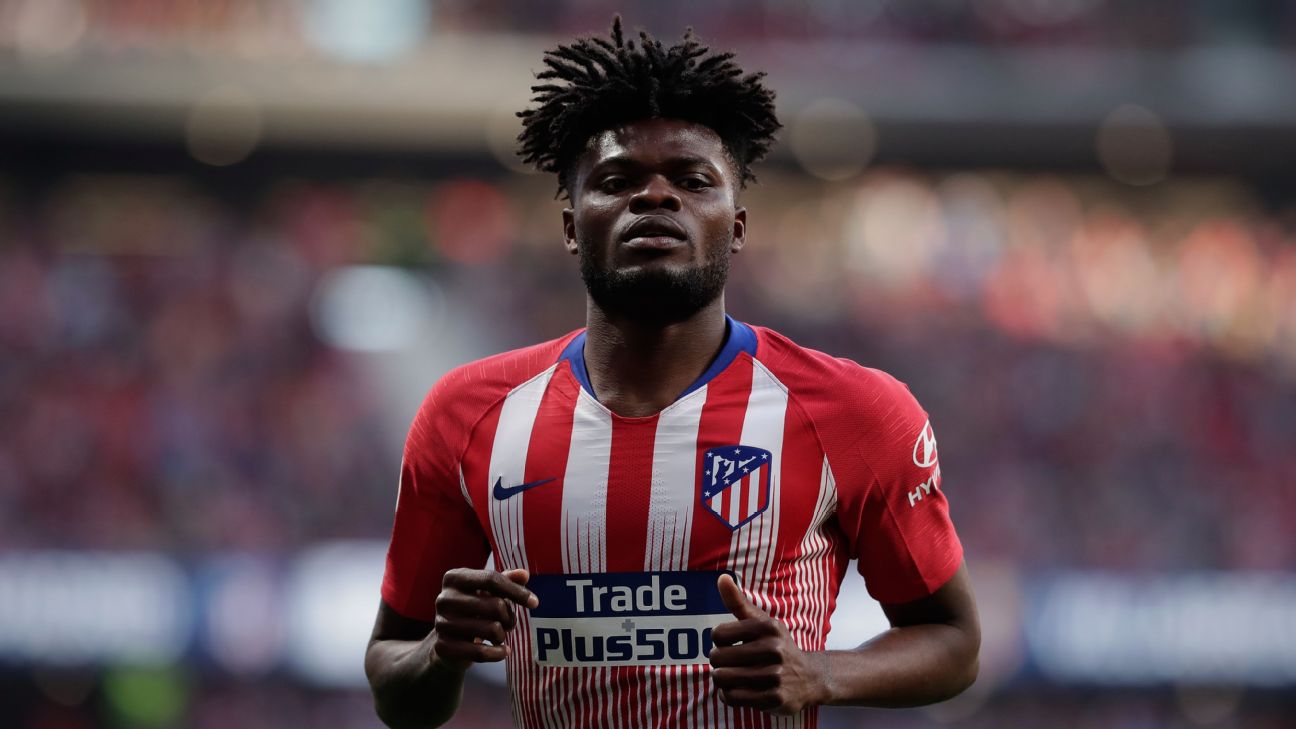 Reported Arsenal and Manchester City target Thomas Partey is excited by the idea of playing in the Premier League, a source close to the Atletico Madrid midfielder has told ESPN FC.

Thomas, 25, has emerged as a key first team member for Atletico this season. He was suspended for the Champions League round-of-16 second leg defeat at Juventus, and his absence was considered a key factor in the result.

Reports in Spain have linked both Arsenal and City with a move for the midfielder — with the source confirming a number of clubs in the Premier League and elsewhere have shown a willingness to meet his €50 million buy-out clause.

The source added that Atletico boss Diego Simeone is keen for Thomas to stay at the Wanda Metropolitano, and the player appreciates this support. But, at this point, he is considering all his options after what has been a disappointing few weeks for everyone at club.

As well as crashing out of the Champions League, they are slipping out of contention for the title in La Liga following a 2-0 defeat at Athletic Bilbao.

“The Premier League is a good league, it’s very competitive and has some of the best players in the world,” Thomas said last summer. “Hopefully, one day. I would like to play there.”

The summer could bring changes in Atletico’s midfield, with the club reportedly close to agreeing a deal for Mexico international midfielder Hector Herrera, while ESPN FC reported Saul Niguez was a target for City and Barcelona.

Ghana-born Thomas joined Atletico as a teenager and established himself as a first team member for Simeone after gaining experience on loan spells at Mallorca and Almeria, with a total of 11 goals and 10 assists in 131 appearances for the club. He is tied to Atletico until 2023.

Thomas has six goals in 18 international appearances for Ghana, most recently playing the 90 minutes in Saturday’s 1-0 victory over Kenya which secured qualification for June’s African Nations Cup in Egypt.