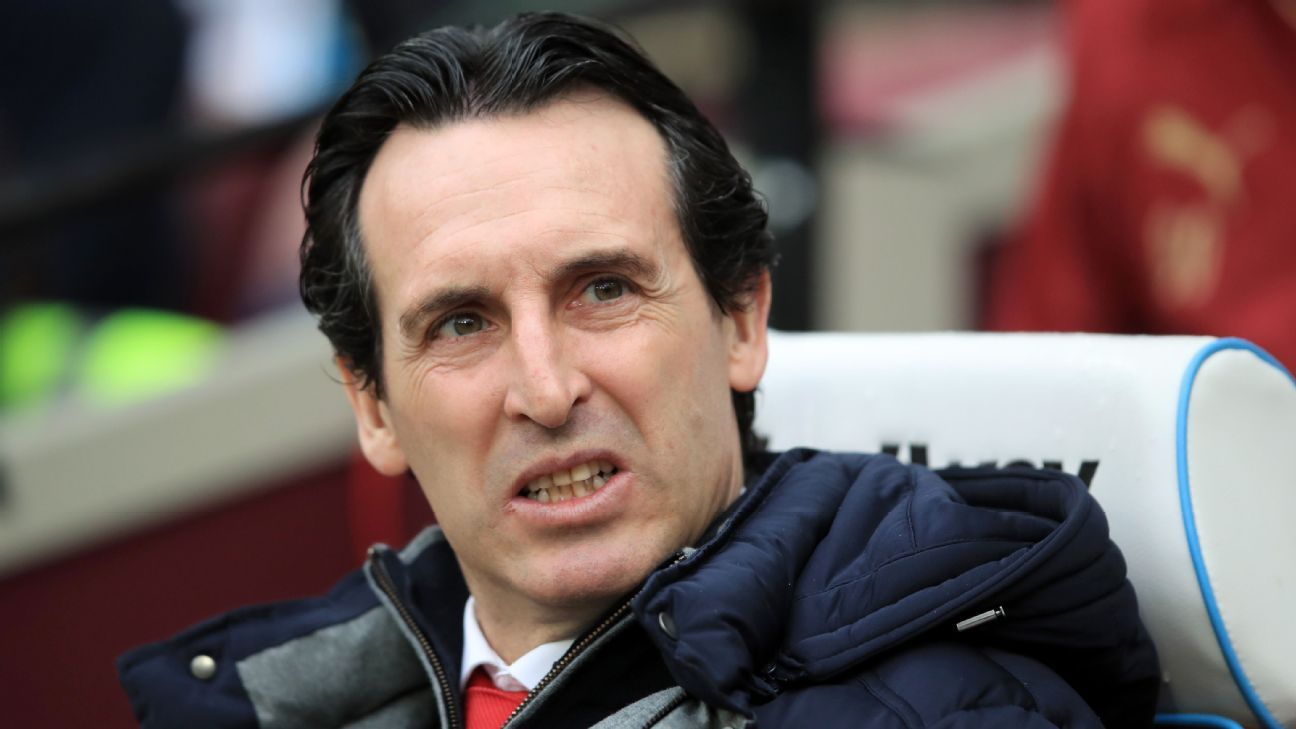 Problem of the weekend — part one

Unai Emery’s time at Arsenal began pretty well, that 22-game unbeaten run suggesting he had already managed to lift the ennui that settled in the latter years of Arsene Wenger.

But over the last six weeks they’ve looked every bit the listless, directionless side as before: since beating Tottenham in that remarkable derby at the start of December, the only games they’ve won in the league have been against Huddersfield, Burnley and Fulham, all in the bottom three at the times of those fixtures.

So what is the cause of the slump? The most simple explanation might be the right one, that the players simply aren’t good enough. How many in the current squad would you definitely, 100% want to form part of their core next season? Lucas Torreira, Matteo Guendouzi, Hector Bellerin, Alexandre Lacazette? Beyond that, there’s not much there.

But Emery isn’t helping. Clearly he doubts Mesut Ozil‘s fortitude, but not even picking him on a bench that featured three full-backs and a 19-year-old with two senior goals to his name falls very much “cutting nose off to spite face” territory. His substitutions have been strange recently and his reticence with regards to Aaron Ramsey is at least part of the reason why Arsenal are letting him leave.

These are still early days in his tenure, but at the moment it looks like that unbeaten run wasn’t a sign that happy days were back and more simply masking Arsenal’s deeper problems.

Problem of the weekend — part two

Tottenham look tired. They’ve actually looked tired for a few weeks, but have managed to broadly mask the fatigue. In isolation the defeat to Manchester United might not set off particularly loud alarm bells: they were very good in the second-half and were thwarted by one of the two or three best goalkeepers in the world. It happens.

But could this be where the cracks in their squad start to show? Is this the time when the folly of not signing/not being able to sign anyone in the summer becomes clear? The general fatigue is understandable, both mental and physical, but when coupled with specific injuries and other absences — Harry Kane‘s annual ankle issue, Son Heung-min‘s departure to the Asian Cup — it becomes a serious problem.

Coaching of the weekend

Six games is still too small a sample size to conclude Ole Gunnar Solskjaer has revolutionised Manchester United’s strikers, but in every game you see a little of what he’s talked about in public. Take Marcus Rashford‘s goal against Tottenham: Solskjaer has mentioned that he’s been working with Rashford on his mindset as much as his technique, looking to instil “that little bit of calmness” in front of goal.

Rashford’s finish showed exactly that, hitting the ball at exactly the right time: close enough to the goal to give him the best chance of scoring, but early enough that a backpedalling Hugo Lloris wasn’t perfectly set to make the save. That sort of decision-making comes from natural instinct and calmness: Solskjaer knows Rashford has the former, and has complemented it with the latter.

There is a wider point here too. This is January, the time when managers complain that their squads are not good enough, which is sometimes true, but Solskjaer is showing the virtues of how to improve what you already have.

Pass of the weekend

After Chelsea’s 2-1 win over Newcastle, Maurizio Sarri lamented a lack of an alternative to Jorginho now that Cesc Fabregas has gone, another man to play the role of midfield distributor, to spark attacks from deep. Maybe it wasn’t exactly the sort of style he has in mind, but what about David Luiz and that astonishing pass to set up Pedro for their first goal? You’d think it would certainly be easier than trying to buy someone, in the notoriously tricky time of January.

Summary of the weekend

By the 23rd minute of their game against Burnley, Fulham players had scored three goals. They ended the encounter with four shots on target to their opponents’ zero. They still managed to lose 2-1, the first time since such data started to be recorded in 2003 that a team has won a game in which they had no efforts on goal. If ever a game summed up a team’s season, it was this one. Fulham are circling the drain.

Still, Andre Schurrle’s strike was a belter. This season, Fulham need to take what solace they can.

‘Better than nothing’ of the weekend

A draw at Cardiff might not be the source of excessive joy for most teams, but for Huddersfield it represented a great leap forwards. Survival is still a way off, but after nine straight defeats, this was a shot glass of water in an arid desert.

Weird team of the weekend

Make sense of this run, if you can: over the last seven games, Leicester have drawn with (lost on penalties) Manchester City, beaten Chelsea, beaten City, lost to Cardiff, beaten Everton, lost to Newport and now lost to Southampton.

They are the most confusing, infuriating team in the Premier League, but perhaps they are the perfect summation of the state of things outside the elite in this division. Despite all that frustrating inconsistency, they’re eighth, a point behind seventh place, the best — in terms of league position — you can realistically hope for a team outside the big six.

Player of the weekend

Tom Cleverley’s 2018 wasn’t great. Last January he injured his hamstring, but initially things didn’t seem that serious, and he returned to full training not long afterwards. But one week out became a month, and a month became the rest of the season, and eventually he took the opportunity to have surgery on a long-standing Achilles problem in the summer, which in turn kept him out of the first half of this season.

So you’d have to possess a pretty grim view of the world not to be delighted for Cleverley after he scored Watford’s winner, six minutes after coming on as a substitute against Crystal Palace. “The most important thing is the win, but for me personally it’s a really big reward for what’s been a tough year,” he said afterwards.

Rare goalscorer of the weekend

Like the arrival of an ancient comet, the world marvelled at the rare sight of a Shane Long goal on Saturday. That was his first for 22 games, which came after an 11 game gap, and it was 28 before that. If he gets another in his next few games, we can officially designate Raplh Hasenhuttl as a wizard.