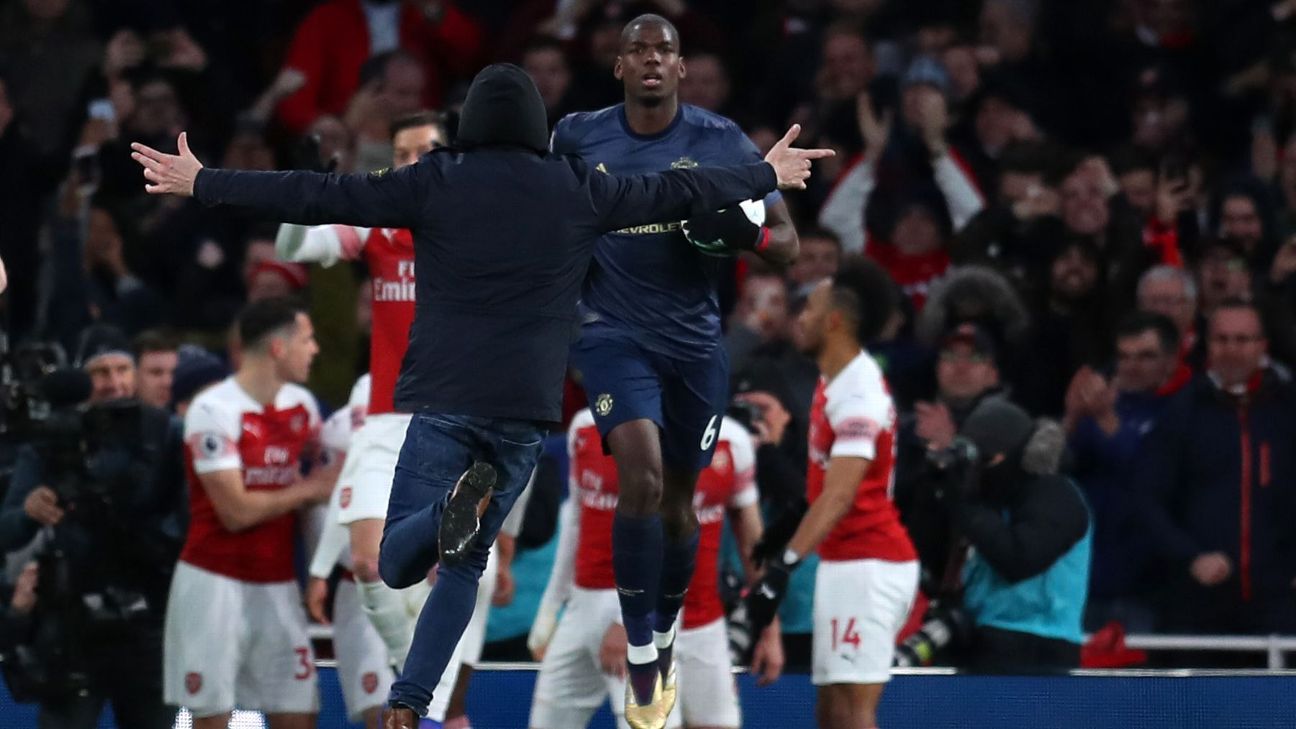 Arsenal will face a Football Association charge for the behaviour of their supporters in Sunday’s Premier League match at home to Manchester United.

A Gunners fan ran onto the pitch after Pierre-Emerick Aubameyang scored from the penalty spot to put Arsenal two goals in front against United in the second half of their 2-0 win.

The spectator appeared to push Manchester United defender Chris Smalling, and was subsequently charged with common assault by the Metropolitan Police. He then ran towards the celebrating Arsenal players before being removed from the playing area by stewards.

The FA on Thursday announced that Arsenal had been charged with failing to ensure their fans conducted themselves in an orderly fashion.

An Arsenal spokesman said the club condemned the behaviour of the pitch invader and apologised to Smalling and United.

“We will be working closely with the Metropolitan Police in their investigation,” the spokesman added. “The individual will also be banned from Arsenal matches, home and away.”

The incident was one of several that has damaged the reputation of British football in the last week. Birmingham City are also being investigated after a fan attacked Aston Villa midfielder Jack Grealish in their local derby.

“This weekend a line has been crossed in terms of fan behaviour,” a spokesperson for the FA said at the start of the week. “On Sunday we saw two separate incidents, at Birmingham City and Arsenal, of individuals entering the field of play and assaulting players.

“Not only is it an offence to enter the pitch, which could result in a club ban and criminal charges for the individual, but it also puts the safety of the players at risk.

“This is entirely unacceptable and we strongly condemn both incidents.”