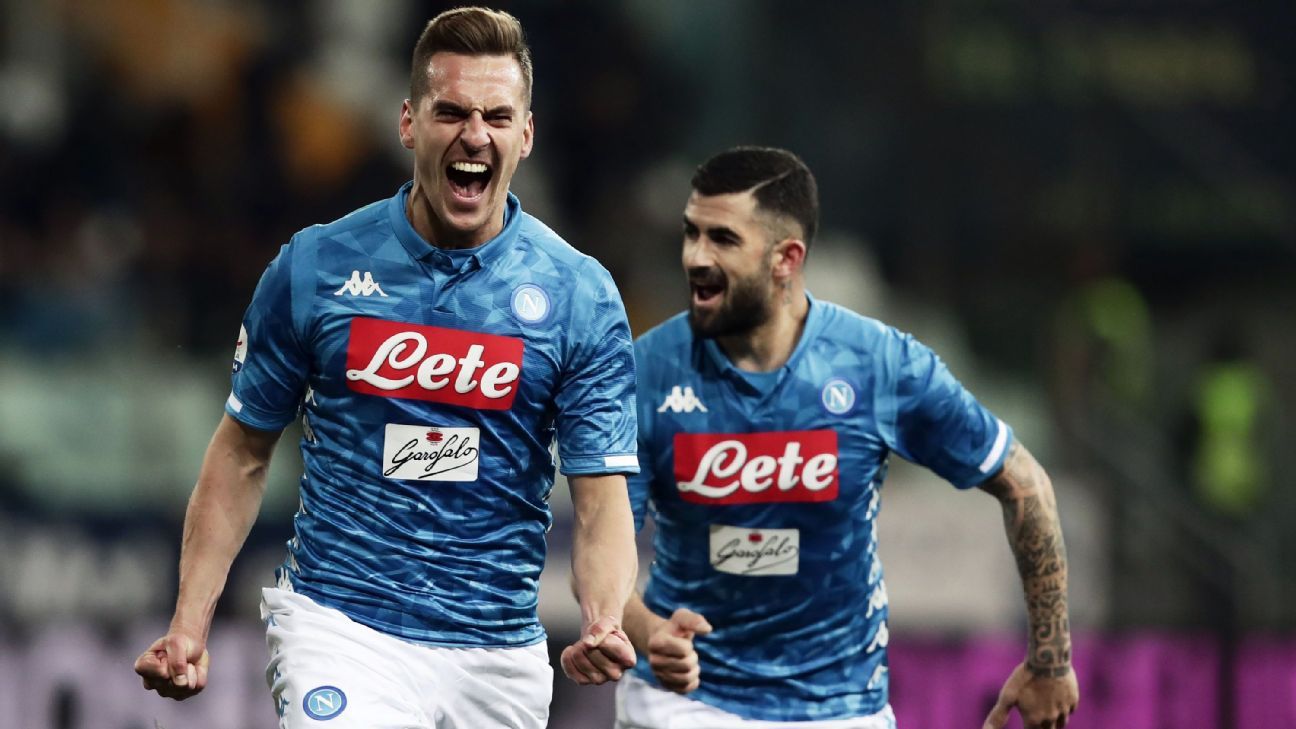 Napoli forward Arkadiusz Milik scored twice, including a crafty under-the-wall free kick, as Napoli rediscovered their scoring touch with an emphatic 4-0 win at Parma in Serie A on Sunday.

Piotr Zielinski set Napoli on the way with their first away goal in the league for more than two months before fellow Pole Milik scored either side of halftime and Adam Ounas completed the scoring.

Second-placed Napoli, who had drawn their last two league games 0-0, stayed 13 points behind leaders Juventus who they host next Sunday.

Napoli looked far more like their old selves and Zielinski put them ahead in the 19th minute when he exchanged passes with Elseid Hysaj and rolled his shot past Luigi Sepe. Their previous away goal in Serie A was in the 1-0 win at Cagliari on Dec. 16.

Napoli continued to pour forward, were awarded free kick on the edge of the area in the 36th minute and, when the Parma wall jumped, Milik cleverly rolled it underneath them and into the net.

Parma won a penalty in the 56th for a foul on Bruno Alves by Kevin Malcuit but, after delaying and reviewing the incident on the pitchside monitor, the referee ruled that Napoli forward Jose Callejon was tripped in the build-up.

Milik pounced on a wayward back pass to add the third with an emphatic finish in the 73rd minute, his 14th league goal of the season, and substitute Ounas finished off a trademark exchange of passes to score the fourth nine minutes later.