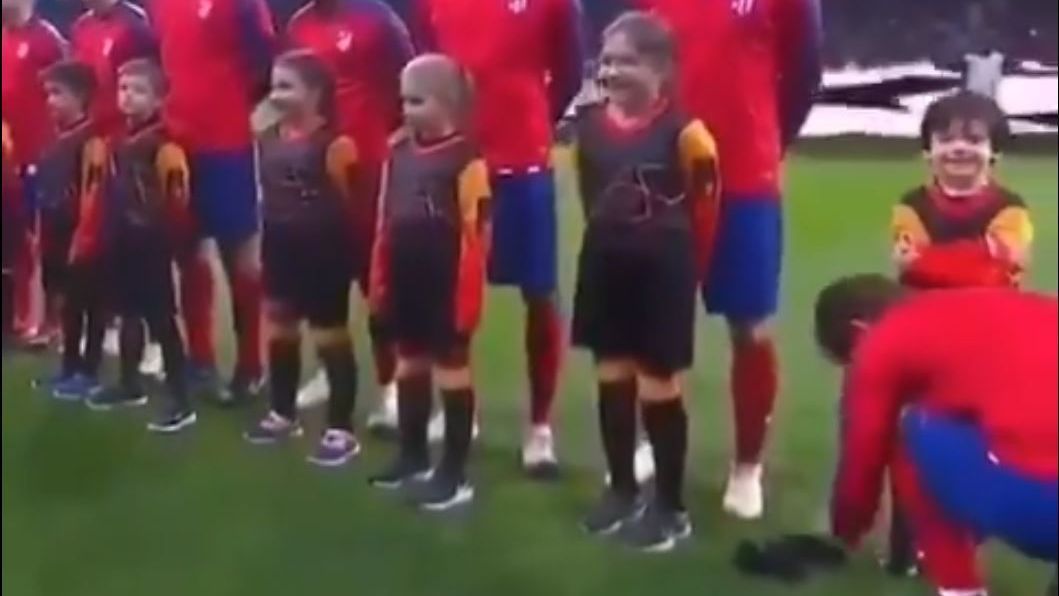 As well as being a darn fine footballer, Antoine Griezmann proved that he is also a careful and considerate soul before Atletico Madrid’s Champions League match against Monaco.

As the camera panned down the Atleti players before kick-off, Griezmann — an ever-present in Diego Simeone’s side — was conspicuous by his absence.

However, a quick pan revealed that the France forward was tending to some much more important business, kneeling down to tie up his young mascot’s loose shoelaces.

This all coming in the same week that a bewildered Marouane Fellaini somehow managed to lose his mascot entirely in the tunnel before Manchester United’s game against Young Boys.

One thing is for sure: the life of the football player mascot is never a dull one.