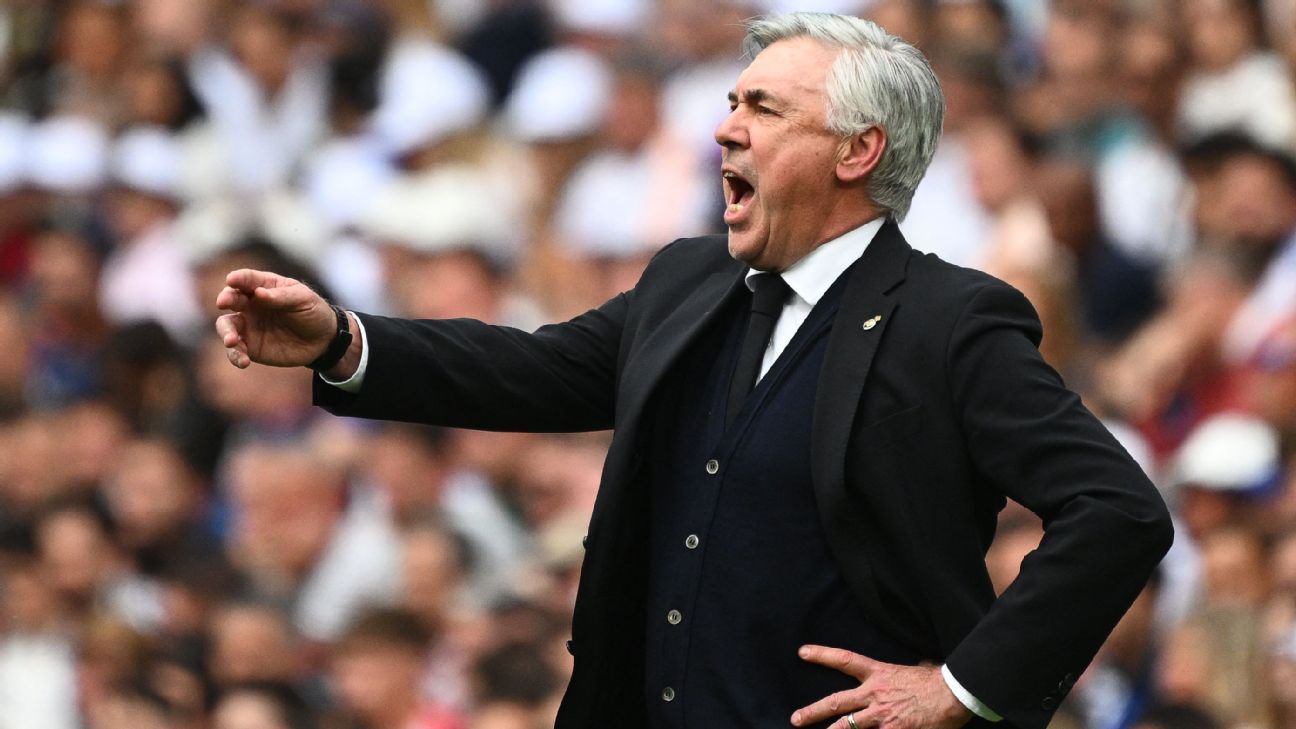 Carlo Ancelotti said his Real Madrid side must be prepared to “take risks” against Manchester City on Wednesday if they want to overturn a 4-3 first leg deficit to go through to the Champions League final.

Madrid have made a habit of dramatic comebacks in this season’s knockout stage, turning around a 1-0 first leg defeat to Paris Saint-Germain in the round-of-16, and going 3-0 down at home to Chelsea in their quarterfinal before progressing in extra-time.

The team have looked defensively vulnerable, conceding a total of 95 shots in five games against PSG, Chelsea and City — 28 of them coming against Chelsea at the Bernabeu alone — but Ancelotti said he won’t change his approach.

“It’s true. Maybe if we just played a low block, we wouldn’t concede 99 shots,” the manager said in a news conference on Tuesday. “Sometimes you have to risk something, and we have.

Madrid have had to rely on their offensive firepower, with Karim Benzema scoring hat tricks against PSG and Chelsea, as well as a brace in Manchester, to bring his Champions League total this season to 14.

Ancelotti said “a complete game” would be needed to see his team go through to the final in Paris on May 28 — which would be Madrid’s fifth final appearance in the competition in nine years.

“We know the difficulty, but we have a lot of confidence,” he said. “The tie is open. We have a slight disadvantage that we want to fix tomorrow… Heart, individual quality, collective commitment, to get to a final you need all that.”

Madrid wrapped up the LaLiga title on Saturday with a 4-0 win over Espanyol to allow them to focus on Wednesday’s Champions League semifinal second leg.

“We have to go out onto the pitch with a lot of confidence, personality, energy and aggression, to show that we’re Real Madrid,” midfielder Luka Modric said.

“To get to this point year after year, beating great teams, winning Champions Leagues and leagues, you can’t do that with luck. You need quality, character, personality, and that’s what makes us great.”