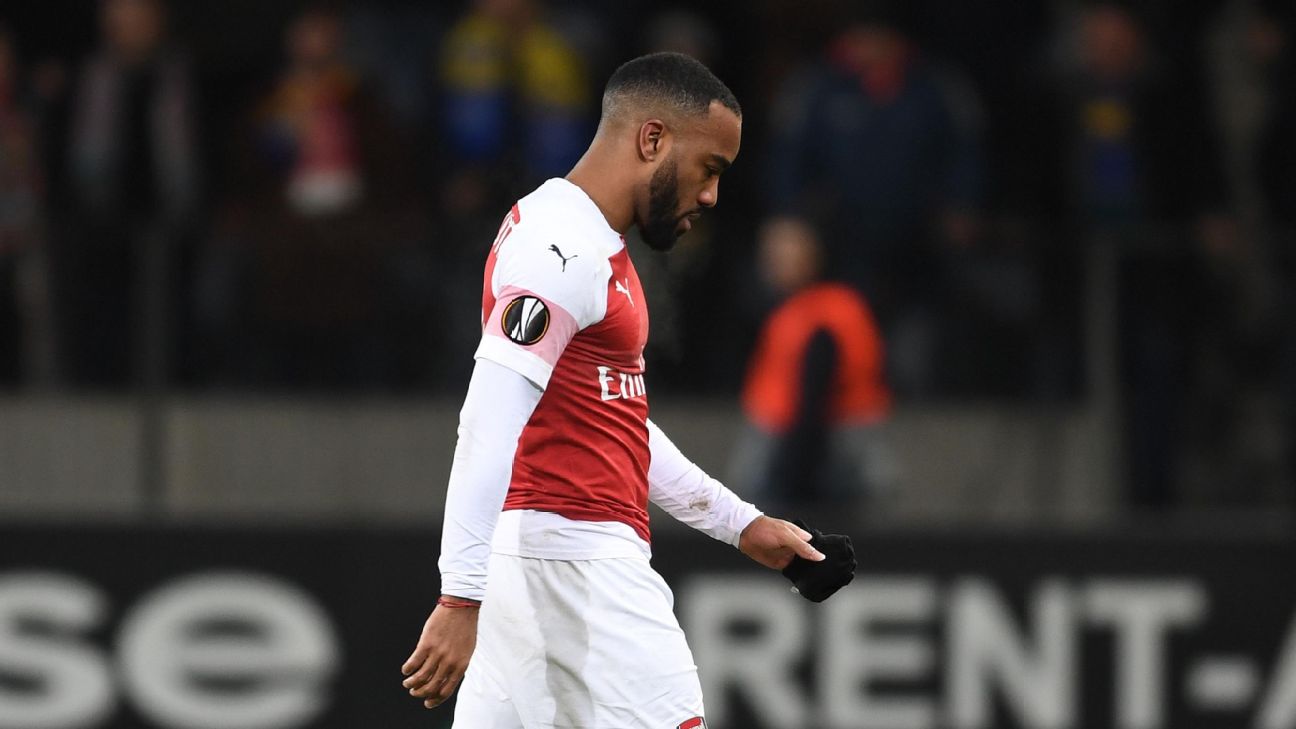 Alexandre Lacazette has apologised after being sent off in Arsenal’s stunning 1-0 defeat at BATE Borisov in Thursday’s Europa League last 32 tie.

The striker was shown a straight red card in the 85th minute for felling Aleksandar Filipovic with an elbow and the Frenchman apologised for his actions after the game.

“Letting the team down like that is the worst feeling,” Lacazette wrote on Twitter. “I should have stayed calm but it’s not always easy. Sorry.

“There are still 90 minutes to play and I believe that my teammates will make it to the next round.”

Arsenal, who had scored 10 goals in two games against the Belarusian side in the same competition in 2017, conceded at the stroke of half time from a set piece and Unai Emery’s side now need to win by at least two goals at home to advance.

“We deserved to win but did not get the result. They were very organised,” Emery told reporters after the match.

“The first half was a good performance, we had chances to score. Defensively when they were 1-0 up they were organised and competitive.

“We play another 90 minutes next week and I am sure it’s going to be different. Our big opportunity is next week at home, I trust in our players and in our stadium with our supporters.”

Emery also shut down a question on midfielder Mesut Ozil’s exclusion from the squad that travelled to Belarus despite his return to training.

The return leg at Emirates Stadium is on Feb. 21.