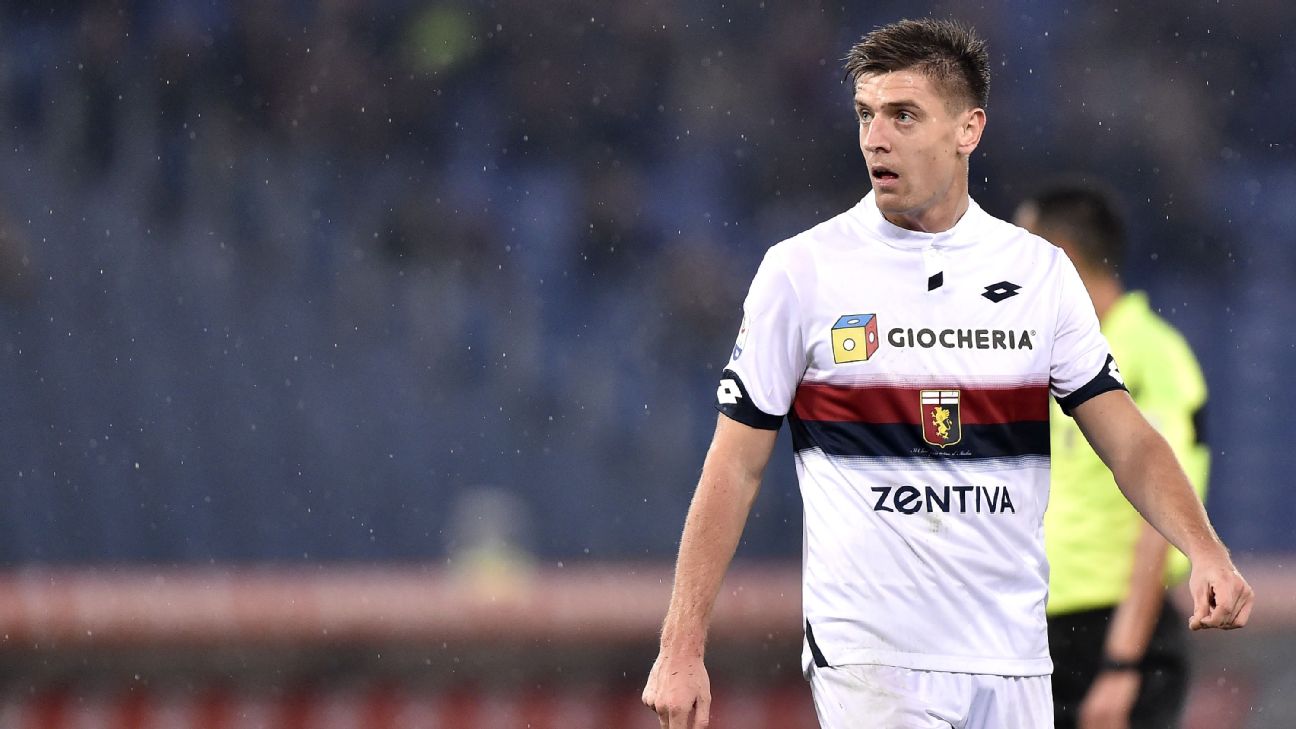 AC Milan have completed a deal to sign Krzysztof Piatek from Genoa on a four-and-a-half year contract, the club have confirmed

Gonzalo Higuain, who started the season on loan at the Rossoneri from Juventus, completed a move Chelsea for the remainder of the campaign as Milan have moved to bring in a replacement.

Piatek, 23, started the season with 10 goals in his first eight Serie A matches for Genoa, while he also scored four in a Coppa Italia victory over Lecce — as well as netting his first international goal for Poland in that period.

A surprise change in management led to a five-match run without a goal, but Piatek has scored six in his last eight in all competitions and is just one off leading marksmen Cristiano Ronaldo, Fabio Quagliarella and Duvan Zapata on 13.

Milan are fourth and face Napoli at home on Saturday Jan. 26 in their next match.

Piatek missed Genoa’s clash with Milan on Monday due to a suspension for an accumulation of yellow cards.