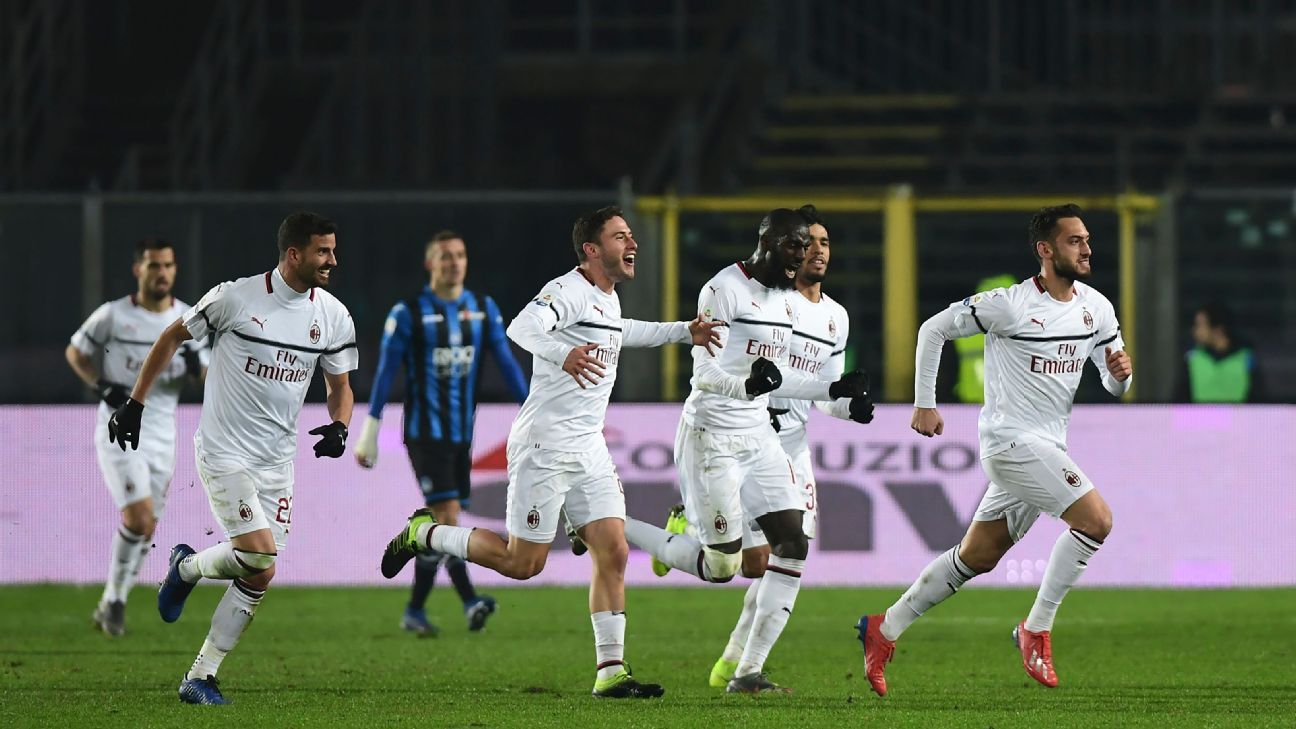 Two goals from Krzysztof Piatek helped AC Milan come from behind to beat Atalanta 3-1 away in Serie A and move four points clear in fourth place on Saturday.

Piatek cancelled out Remo Freuler’s first-half opener with goals either side of half-time to take his tally at Milan to six in five games since joining from Genoa in January, with Hakan Calhanoglu also finding the net between the Pole’s two strikes.

The result could prove significant in the Champions League race with just one point having separated the sides going into the game.

Gennaro Gattuso’s side have opened up a four-point lead over Atalanta as well as over Lazio and Roma, who face Genoa and Bologna, respectively, over the next two days.

Piatek became the first Milan player since Mario Balotelli in 2013 to score in each of his first three Serie A starts for the club, having also netted against Roma and Cagliari.

The 23-year-old took his tally to 17 league goals this season between Milan and Genoa.